Recently, there has been a bit of a rumble in the San Diego foodie culture. The historic Hotel del Coronado, which was once home to the iconic fine dining establishment 1500 Ocean, is preparing to unveil a new restaurant that is expected to revitalize the Coronado restaurant scene.

This new restaurant is going to be called Serẽa, and it’s the sustainable seafood brainchild of Chef JoJo Ruiz and Andy Masi of Clique Hospitality. While San Diego is no stranger to 5-star restaurants and an avid seafood culture, there’s something special about the culinary vision behind Serẽa.

It’s one thing to dream about a world-class sustainable seafood restaurant by the ocean, but something else to conceptualize it and make it a reality. In a coastal city where many claim to be experts of cuisine, it takes a true marvel of culinary mastery, like Chef JoJo Ruiz, to ignite a new passion for local seafood in the heart of upscale dining in San Diego.

Who Is JoJo Ruiz?

It takes more than just a love of delicious food to become a chef of the same caliber as Chef JoJo Ruiz. When Serẽa opens its doors, guests will witness firsthand the fruits of Chef Ruiz’s lifelong journey to become one of the most respected culinary forces in region.

Chef Ruiz began his food-focused career path at the age of 16, when he took a position working as a dishwasher at Yokozuna’s where he eventually worked his way up to line cook and sushi chef. It was in these early days that he learned the art of preparing delicate, fresh seafood in a way that maintained its integrity and appealed to the palates of his guests.

This was only the beginning of a resume that would continue to propel him to the top of the culinary world in San Diego. Chef Ruiz has filled the role of sushi chef, sous chef and executive chef at some of the most highly regarded seafood restaurants, including the role of Chef De Cuisine at the Michelin starred Ironside Fish & Oyster.

A look at Chef JoJo Ruiz’s track record and it becomes obvious that this is a man that isn’t only focused on further developing his career as culinary master, but rather focuses on bringing completely new experiences to San Diego restaurants and cultivating a respect for the ocean and fishing communities through his support of sustainable seafood practices.

Recently, in 2017, Chef Ruiz partnered with Clique Hospitality to launch the famed Lionfish Modern Coastal Cuisine at the Pendry. The menu Chef Ruiz created at Lionfish takes a modern approach to coastal fare with dishes that are infused with the essence of San Diego’s personality. Just when you think that Chef Ruiz has reached the top of his game, along comes Serẽa in Coronado, where he shows us that he has only just begun to blow us away.

Serẽa is yet another concept created by the dynamic energy of Clique Hospitality and Chef JoJo Ruiz. Serẽa is set to open this May as the newest restaurant in the historic Hotel del Coronado. The hotel has a long history of providing exceptional dining options. It’s going to take a restaurant with huge personality to fill the shoes left by the iconic 1500 ocean, and with help of Chef JoJo Ruiz, Serẽa is up to the challenge.

The concept behind the new menu at Serẽa is fresh, sustainable seafood with a Mediterranean flair. Chef Ruiz brings the culmination of years of fine dining experience and his education from the San Diego Culinary Institute to the table to create a fresh seafood dining experience that surpasses anything that the Hotel del Coronado has seen before.

Chef Ruiz has a strong commitment to sustainable seafood practices and elevating the local fishing and farming communities through choosing the freshest, locally sourced seafood, meats and produce to be used in his culinary creations. A sneak peek at Serẽa’s menu will tempt you selections that include delicate, perfectly prepared sashimi, along with sustainably sourced oysters from various coastal areas of North America.

Chef Ruiz recreates the fine dining experience for seafood lovers in Coronado and the greater San Diego area. In a world where many others are trying too hard and depending on showmanship to dominate the seafood scene, Chef Ruiz understands that the real key is to let the natural beauty and intricate flavor of fresh, sustainable seafood stand out on its own without the need to be over the top or pretentious. You just need fresh, simple ingredients and culinary artistry at its finest. 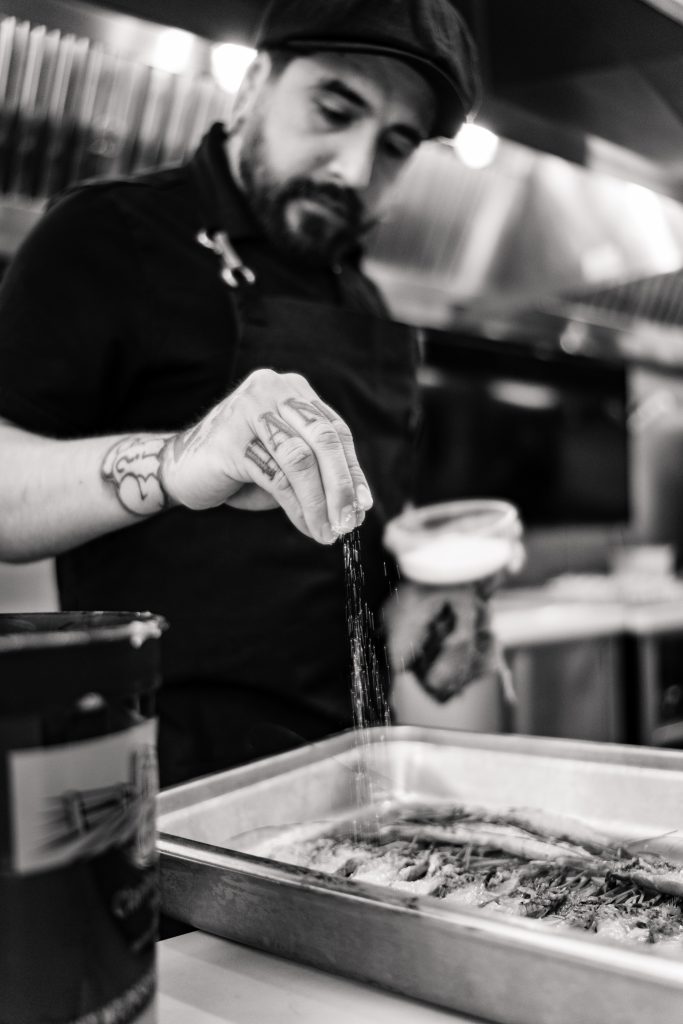 Serẽa’s opening is highly anticipated within the Coronado restaurant scene. While the concept of fresh, sustainable Mediterranean seafood is simplistic, the results on the plates created by Chef Ruiz and his team will be nothing short of sensational. Serẽa is scheduled to open its doors this May within the Hotel del Coronado, making now the perfect time to plan your excursion to this restaurant by the sea. Chef Ruiz and Clique Hospitality invite you to join them and experience sustainable seafood at its finest.